The best of Mints: creation of the SCOLD freshness scale

Mint : Used as medicinal & aromatic herbs since the 12th century

The story of the Mint Collection began in Milly-la-Forêt, the birth place of medicinal and culinary herbs since the 12th century. During the 1900s, Amand Darbonne, founder of Darégal, brought back a special variety of Mint from his journey to England, the Mitcham Mint, which later became Milly-la-Forêt’s renowned Peppermint.

Mint has grown the reputation of a region: Milly-La-Forêt

Mint is said to adapt well to its habitat, a phenomenon often referred to by scientists as “phenotic plasticity”. The Mint plant is directly influenced by the environment in which it grows and, similar to blotting paper, the Mint’s aromatic profile captures the strengths and weaknesses of a given soil.

Milly-la-Forêt seems to have been particularly gifted in this domain, benefitting from the influences both of the Forest of Fontainebleau and the Ecole river. Each year its soil nourishes the most acclaimed Peppermint in France.

55 varieties of Mint classified and reviewed

The Mint Collection was developed after 3 years of research conducted by our Herb Sommeliers who selected 5 of the very best Mints among the 55 classified varieties.

Following the tasting process, Darégal’s Herb Sommeliers created a scale to measure the intensity of each plant’s freshness, the SCOLD scale, which ranges from Fresh Green notes to Icy Siberian notes. 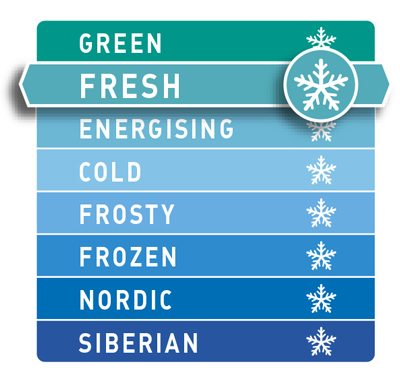 Our Herbs Sommeliers have studied this collection’s gustatory characteristics and have identified 15 typical aromatic notes: 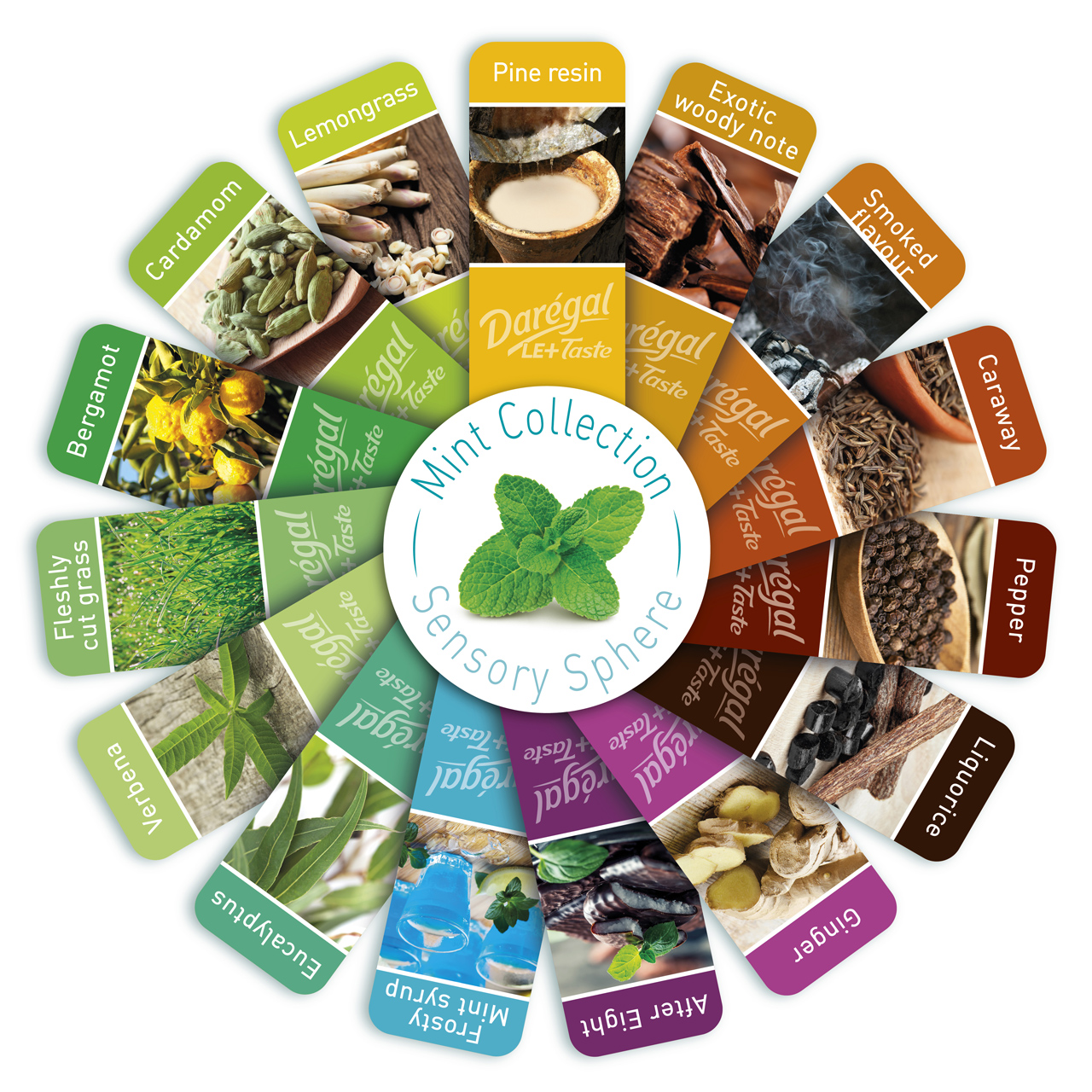 Discover the Mint’s diversity of flavours

Mint is a culinary herb often used in dishes to bring fresh notes and a wide range of flavours, whether brewed or incorporated.

We have developed the Mint Collection by Darégal to meet the gustatory plurality expectations for this major ingredient. This collection allows for unique culinary uses with innovative flavours and visuals.

We shall uncover the 5 exceptional Mints selected by Darégal:

Each of the Mints featured in our collection is the fruit of lengthy research, open field cultivation, organoleptic tests and manufacturing. This process relies on expertise built over more than 129 years.

Feel free to contact our sales engineers if you would like more information regarding the Mint Collection by Darégal, you can ask for your discovered samples.